I felt very uninspired by this year’s set of questions. We are only into the second round of linear exams but I found the questions very ‘samey’ from the previous year. I am not sure that the questions enabled the students to show a depth and breath of knowledge and understanding or gave them the opportunity to really shine and show off the tireless amount of work and revision they all do.

So I turned to the examiner’s report to grasp an understanding of what is expected from our students. I unfortunately found them to be quite brief, not always that insightful and quite repetitive in parts (which is fine as it just means students are making the same mistakes across the board.) I like how they have provided samples of answers this year to back up the points made but this seemed to replace a lot of the depth found in previous reports.

So here are the main highs and lows of this year’s exams.

1. How successfully does the language game concept make sense of religious language?

END_OF_DOCUMENT_TOKEN_TO_BE_REPLACED

I have to admit I haven’t been very impressed with the exam questions so far. Yes they are fair questions (minus the use of the word ‘analyse’ in Aristotle as I have never seen that before in OCR) and the wording of them is generally straight forward (if not a bit long winded in parts) but I feel that the examiners are trying so hard to limit the predictability of the questions they are missing out on a wealth of other topics and questions that would still test the cohort properly. There are so many questions that could be asked, that predicting the questions is slim to none but then to ask the same two topics from last year on the ethics paper (conscience and meta) I think is a bit frustrating.

So once again, with this in mind, prepare yourself for anything! Revise all areas as best as you can (I know there is A LOT for DCT). One thing that is interesting to point out from the first year’s question paper (other than Bonhoeffer making a third appearance – the examiners must be getting bored of marking them!) is the specific question on the biblical story of the Sheep and the Goats. My advice is make sure you know all the biblical stories and references made by the examiners on the spec i.e Ephesians.

So let’s have a look at the questions so far over the years (please see this year’s questions at the bottom of the first column).

END_OF_DOCUMENT_TOKEN_TO_BE_REPLACED

First of all I was very uninspired by yesterday’s Philosophy questions (my feeling was a bit ‘meh’). I think they were deceivingly difficult i.e ‘Analyse Aristotle’s four causes’ appears easy but you would really have to work on developing and formulating strong evaluation with so few words to work with in the question. What is also noticeable is that Teleological and POE both came up in the first year’s exam as well. What this means is that there is no correlation between first year and second year questions. I think the exam board are going out of their way to make the questions as unpredictable as possible and thus repeating a lot of the same areas (Bonhoeffer in DCT has come up three times already -there has only been four exams!). But that is now old news…let’s look ahead towards ethics.

Here are the previous questions from the first and second year’s exams:

All that we can learn from looking at these is how the questions are worded. The obvious gaps in the second year are: Sex ethics, SE and Euthanasia and Util and Business. However the way that the examiners are throwing in a few curve balls, you need to go into that exam ready for anything.

So I think potential question areas could be:

END_OF_DOCUMENT_TOKEN_TO_BE_REPLACED

With tight budgets, it is not always possible to attend a lot of conferences, courses and training but I always keep an eye on the OCR CPD feedback sessions, especially when they are more local to Scarbados (e.g. Leeds – London or Manchester make it a very long day!). So I couldn’t wait to attend the session run by Hugh Campbell on ‘Understanding the Assessment’ and really get into the minds of the examiners…until my train was delayed by nearly two hours and my body was finally shutting down with every bug going. I ended up in bed. Worry not though, as a very kind colleague of mine sent me all the information in the post!

END_OF_DOCUMENT_TOKEN_TO_BE_REPLACED

It is always a struggle to find R.S related trips and speakers, that would engage a group of teenagers but also be relevant to the spec. When I attended the NATRE 20:20RE conference in Cheshire this October (I highly recommend!!) I went along to a session run by Luke Donnellan who was representing the Humanist Society. As I sat and listened to the array of views, reminiscent of Bertrand Russell,

Dawkins and Freud, I started to think about the topic of Secularisation in the second year DCT. After speaking with Luke at the end of the session, he pointed me in the direction of the main Humanist website (Humanists UK) and the possibility of arranging a speaker to run a session with my students for FREE. This was sounding better and better…not only would a humanist perspective link to the spec, it would also provide my students with a wider knowledge of different perspectives and challenge their understandings… all for free!

After contacting the head office via the contact details provided on the website, my request was answered within a day with the possibility of a speaker who could travel to Scarborough (we are a bit out on a limb here!) This possibility paid off and within three weeks of attending the 20:20 conference, my students had their questions ready and their notebooks at hand for our Humanist speaker. It really was as easy as that to arrange.

The session was split into two main sections: ‘What is Humanism?’ with Q/A and ‘Does God hate women?’ – a personal interest of our speaker, who knew we were studying gender, feminism and the role of women in the church as well.

Highlights (don’t forget these are the views of our speaker and how he interprets humanism into his life and practices):

END_OF_DOCUMENT_TOKEN_TO_BE_REPLACED

I have been trialling a number of new approaches this year for incorporating technology into my students’ learning. One idea that has been very successful is ‘Silent Discussions’, posting topical questions onto social media for students to answer and the wider community to view and engage with (check out Silent Discussions on Social Media!) The other new approach this year has been to record my student’s discussions and post on a public forum (YouTube), in order to capture the essence of Philosophy for others to listen to.

Now I cannot take any credit for this idea, as it was my students who took complete ownership over this one. After discussing it with them, we decided that video recording the discussions would be quite off putting (not to mention the difficulties in finding the perfect place in the classroom to film, audio interference etc.). So we decided upon audio recording the discussions instead, creating a podcast called The PhilosoCast.

Once the cast had volunteered, the topic question agreed upon and the audio recorder set up…off they went and what a surprise I got! Normally in discussions I am the ‘ring leader’ so to speak – I introduce new students into the discussion, I summarise student’s views, I make sure certain students don’t dominate – basically I control the discussion. I didn’t want this to be the case for the student’s PhilosoCast, so I took a back seat.

What happened next was amazing! The students took control, working out ways to signal which student spoke next, taking charge over who introduced and closed the discussion and who started the discussion off. The students did not speak over each other, they were articulate and clear, they listened to each other’s points and engaged with them, they drew the points back to the question and took it in turns to fairly share their points.

Overall a massive success! I hope the cast will continue to develop these podcasts throughout the year. It does take a certain kind of student dynamic for this sort of idea to work but I highly recommend giving it a go!

To listen to the two produced so far, check out:

Well done to all involved!

For other ways to promote the subject, check out: Fourth Subject Choice – Will this be the end of R.S? 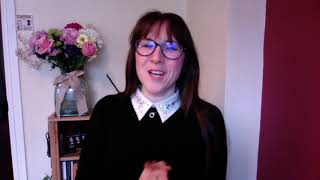 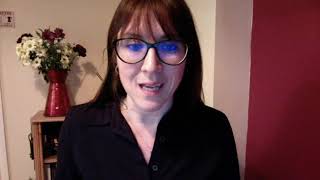 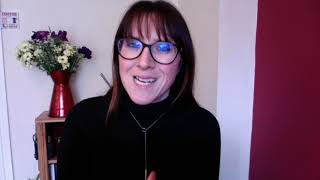 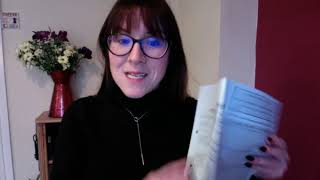 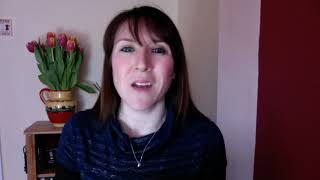 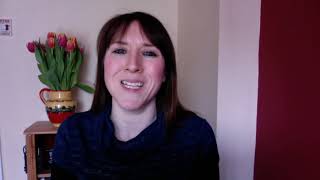