I felt very uninspired by this year’s set of questions. We are only into the second round of linear exams but I found the questions very ‘samey’ from the previous year. I am not sure that the questions enabled the students to show a depth and breath of knowledge and understanding or gave them the opportunity to really shine and show off the tireless amount of work and revision they all do.

So I turned to the examiner’s report to grasp an understanding of what is expected from our students. I unfortunately found them to be quite brief, not always that insightful and quite repetitive in parts (which is fine as it just means students are making the same mistakes across the board.) I like how they have provided samples of answers this year to back up the points made but this seemed to replace a lot of the depth found in previous reports.

So here are the main highs and lows of this year’s exams.

1. How successfully does the language game concept make sense of religious language?

END_OF_DOCUMENT_TOKEN_TO_BE_REPLACED

First of all I was very uninspired by yesterday’s Philosophy questions (my feeling was a bit ‘meh’). I think they were deceivingly difficult i.e ‘Analyse Aristotle’s four causes’ appears easy but you would really have to work on developing and formulating strong evaluation with so few words to work with in the question. What is also noticeable is that Teleological and POE both came up in the first year’s exam as well. What this means is that there is no correlation between first year and second year questions. I think the exam board are going out of their way to make the questions as unpredictable as possible and thus repeating a lot of the same areas (Bonhoeffer in DCT has come up three times already -there has only been four exams!). But that is now old news…let’s look ahead towards ethics.

Here are the previous questions from the first and second year’s exams:

All that we can learn from looking at these is how the questions are worded. The obvious gaps in the second year are: Sex ethics, SE and Euthanasia and Util and Business. However the way that the examiners are throwing in a few curve balls, you need to go into that exam ready for anything.

So I think potential question areas could be:

END_OF_DOCUMENT_TOKEN_TO_BE_REPLACED

Last week I finished my level three Mental Health Training and it got me thinking about how I support my students with exam stress. The answer was ‘not much’. I do the usual revision planners/ timetables but I spend all of my time supporting revision (and finishing the spec) rather than strategies to actually help cope with exam stress. Students have always expressed that they are stressed when approaching their exams, so I use to work through what they had already achieved and how they were going to stagger their revision over the remaining weeks – thus talking through revision strategies rather than coping mechanisms. But how can students revise if they are not coping?

So I decided to start researching into strategies for supporting students dealing with exam stress. The lists of ideas were pretty repetitive and seemingly obvious – but then isn’t everything obvious when you already know the coping strategies? So I am going to go through this ppt with different strategies and tips to help my A2’s with exam stress. The reason I am going to cover this now, is to tackle the issue before it becomes an issue. Helping students set up strategies to support themselves now, before the serious stress hits, I hope will be more valuable in the long run.

I have also created a Revision Planner:

All the resources can be downloaded for free from TES here.

With tight budgets, it is not always possible to attend a lot of conferences, courses and training but I always keep an eye on the OCR CPD feedback sessions, especially when they are more local to Scarbados (e.g. Leeds – London or Manchester make it a very long day!). So I couldn’t wait to attend the session run by Hugh Campbell on ‘Understanding the Assessment’ and really get into the minds of the examiners…until my train was delayed by nearly two hours and my body was finally shutting down with every bug going. I ended up in bed. Worry not though, as a very kind colleague of mine sent me all the information in the post!

END_OF_DOCUMENT_TOKEN_TO_BE_REPLACED

The results are in, now it is time to put the examiner’s mouth to the marks…how did they arrive at these?

The examiners note how the majority of responses follow ‘fairly well – worn tracks.’ Well I felt the same about their comments. On the whole I feel that the examiners are expecting more than these 18 year olds, with three 2 hour exams and 32 topics to remember, are capable of. Does it matter if they follow ‘well worn’ tracks as this is a new cohort with different pressures? Or maybe we should teach it differently (better)?

1. ‘The best approach to understanding religious language is through the cataphatic way.’ Discuss

Check out this Mark with Me Preview where I go through an answer that achieved the overall A*:

2. To what extent does Hume successfully argue that observation does not prove the existence of God?

3. Assess Boethius’ view that divine eternity does not limit human free will.

END_OF_DOCUMENT_TOKEN_TO_BE_REPLACED

Whilst travelling down to the NATRE conference in Cheshire on the train, what better than the examiner’s report from 2018 to keep me busy? No huge surprises (but a few concerns) from the first year Philosophy, Ethics and Christian Thought reports. So here is a summary of the best bits or the bits you need to know if you haven’t had chance to read them:

1. “Conversion experiences do not provide a basis for belief in God.” Discuss

3. To what extent does Kant successfully criticise the ontological argument?

This section stopped me in my tracks. The report starts by saying “while a popular question, candidates struggled to produce good responses and very few recognised that Kant is critiquing the Cartesian version of the ontological argument.”

Now this annoyed me slightly. I cover Descartes in passing as I think he presents interesting links to the concept of predicate, using his example of the triangle and valley (I often find it helps students understand the concepts further). However Descartes has been completely removed from the spec and makes absolutely no appearance in the new spec (not even in the discussion pointers or recommended books).

So if you are new to the spec and don’t realise Kant’s links to Descartes and/or do not cover Descartes at all and closely follow the specific wording of the spec (as time does not allow us to cover all and everything!) then the examiners were expecting something not made clear and marked according to (I think) an old spec mark scheme not a new one. When I teach Kant I explain his views on predicates and get the students to link back to Anselm (who is on the spec) with Descartes links as a passing activity/ mention. I think the question is fine, I think the examiners marking/ report is way off!

END_OF_DOCUMENT_TOKEN_TO_BE_REPLACED 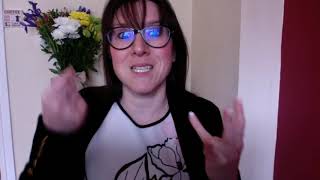 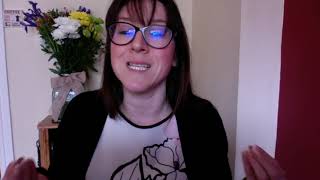 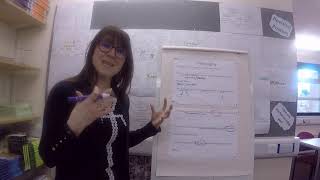 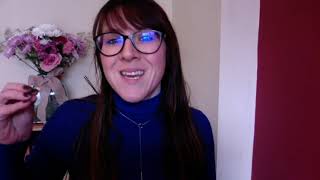 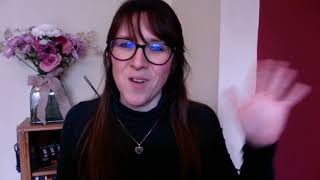 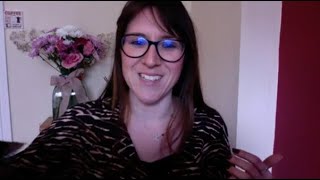